Social media is a powerful tool for the nation’s 28 million small businesses, who generally have limited marketing budgets and employees dedicated to marketing and sales. Facebook, LinkedIn, Instagram, and Snapchat all maintain the attractive promise of enabling a business the power to connect with customers, promote products and services, and push out key information that helps to drive the brand.

However, social media—as powerful as it is—can be dangerous (at worst) or a time waster (at best) if the right channel isn’t selected and built to achieve the right results for your business needs.

I often think back to the horrible example of 4AutoInsuranceQuote.com, who horrifically used the death of Paul Walker as a perceived opportunity to sell car insurance. In 2013, the company tweeted—and publicized these tweets to national media—that it hoped Walker had car insurance: “Yo, Paul…did u have auto insurance for that crash? Hope so.”

Unfortunately, any business call fall prey to bad judgment (which then leads to bad public relations); especially if the company doesn’t have a social media policy in place that outlines the tone, tenor, and purpose of its presence on social media in the first place.

As a bank marketer, I’ve seen many of my colleagues on their social media accounts acting as customer service representatives—putting out fires with customers on an almost hourly basis. And, I’ve seen the best intended social media efforts simply fall dormant due to lack of time and effort.

You might have a variety of reasons to extend your marketing program into the social media realm. Without a doubt, it’s a powerful and low-cost vehicle to market. However, be aware of the pitfalls and perhaps start with one platform (I strongly endorse LinkedIn) and grow your efforts after some benchmarks and success have been reached.

A couple weeks ago, I picked up the new iPhone SE, which comes with a better version of Siri than I had on my older iPhone. Now, from across the room, I can say something like, “Hey, Siri…schedule an appointment for tomorrow” and not have to lift a finger…literally.

To me, this new age of information technology is making life very nice and convenient—and, as someone who remembers archaic things such as card catalogs and cell phones that came in briefcases, shouting at Siri from across the room is super cool.

The other nice thing about voice-based search (Siri, Cortana, Google, etc…) is that results are more relevant and direct; rather than having to skim through pages of linked results. When I command Siri to find the closest gas station or coffee shop, Siri provides a couple relevant results nearby.

But, I have to wonder what kind of sordid world we might encounter with folks blurting commands such as “Hey, Siri…lick my butt” or some sort of voice sexting from the guy in front of you in line at Target.

What’s a little scary is that there are companies whose job it is to listen to our voice searches (the lick my butt one is an actual example) in order to refine the technology and make it more effective over time. These third parties are hired to store, analyze, and improve our voice search. 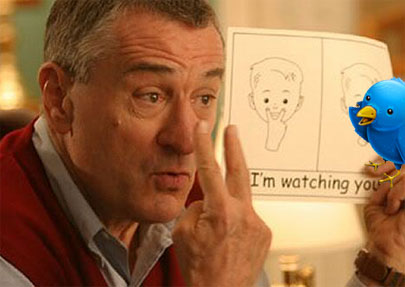 With Facebook’s recent announcement that it will provide bot tools to developers “to build bots inside Facebook Messenger, bringing a range of new functions to the popular communication app,” a whole range of privacy questions rise to the surface.

Most certainly, we all willingly use Facebook—and most apps on our mobile devices—with somewhat skepticism that our movements, search histories, and browsing behavior are tracked digitally. And, we accept begrudgingly that this information is most likely used to advertise products and services that are relevant to our location, socioeconomic standing, and other variables such as our religion and sexuality.

While most of us can accept the privacy infringement part of the deal, the real possible evil is the growing practice of price discrimination that big data enables corporations to conduct. With voice-activated assistants like Siri and Cortana—and now Facebook Messenger—we receive not only the most relevant search results, but results that are profitable based on segmentation data gathered from our mobile behavior.

Sure, I’m concerned about privacy, but I’m more concerned about paying more for a product because big data suggests that I might be a more affluent consumer. On the flip-side of the equation, imagine that you haven’t received a coupon deal because you’ve been deemed as unprofitable based on aggregated data gathered from your Facebook usage. 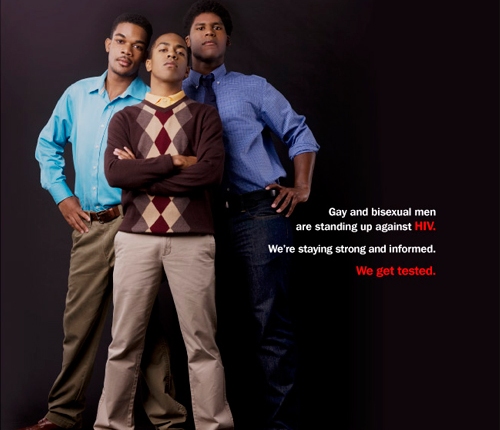 There are more than a million people living with HIV in the United States, and African American gay and bisexual men are contracting the virus at a rate much higher than other groups. For example, of the 10,000 new diagnosis each year among young people (13 to 24 years old), 58 percent were black.

The Centers for Disease Control (CDC) estimates that nearly one in three black gay and bisexual men is infected with IV–and the majority (around 59%) don’t know their status because “they haven’t been tested or aren’t testing enough,” according to the CDC

Factors contributing to a lack of testing include:

To overcome these factors and reverse the rising trend of new HIV infections among African American gay and bisexual men, the CDC created the “Testing Makes Us Stronger” campaign to provide information and resources that will encourage knowing one’s status.

With a presence on Facebook and Twitter–coupled with a Website full of resources and facts–African American men are provided with dynamic content to share with each other, encourage  responsibility for their bodies, and take action by getting tested and knowing their status.

This is a great example of how emerging media helps to build community, disseminate information, and encourage action–particularly within a community greatly impacted by a chronic disease such as HIV. 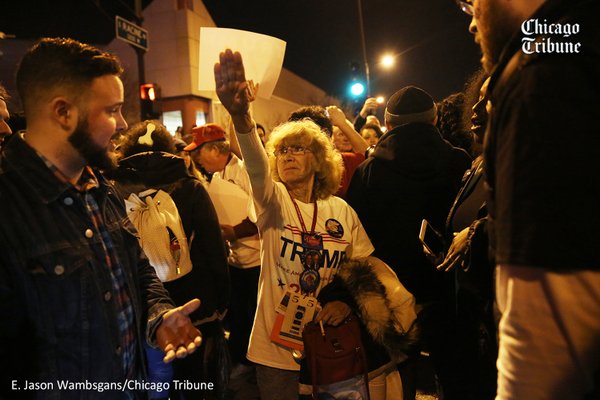 Without a doubt, the 2016 presidential campaign has so far been among the most unique in the history of the United States—with Americans on both sides of the political aisle sharing their experiences voting, rallying, and protesting on social media, their personal Websites, and through firsthand accounts provided directly to the news media.

While President Obama was arguably the first president to leverage social media (particularly to reach young voters and minority groups), candidates today are using this media vehicle to raise funds and get out the vote. And, their supporters are using social media to express their views and even organize protests.

But, what’s really interesting to me is that without this platform—Facebook, Twitter, Instagram and others—we might perhaps never would have seen the true side of Donald Trump and his rallies. The news media, while often criticized for asking partisan or biased questions, are usually weary of going too far on their line of questions.

Think of Meet the Press during the Tim Russert days, when we relied on a Sunday morning television show to give us a candidate’s angle. This was truly the Golden Age of political discourse, when we didn’t receive 24/7 coverage of the campaigns. However, it was out of fear that good ol’ Mr. Russert might not be able to re-book that candidate that kept him restrained just enough perhaps not ask a Donald Trump-type candidate today, “So, are you evoking Hitler in your campaign?”

Because of social media, though, we voters get to view the true inner workings of a 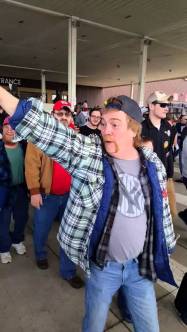 campaign and its supporters. We don’t need to ask the question such as the one directly to Donald Trump, we get to answer it for ourselves after witnessing accounts from his rallies that show Trump supports throwing up the Nazi salute and telling protesters to ‘Go Back to Auschwitz’.

We tend to organize around candidates that hold a similar political philosophy and value system. While all Trump supporters aren’t the same, we can’t ignore that old adage: “You’re only as good as the company you keep.”

As we slow-step to November, it’ll be interesting to see how each of the candidates adapt to the democratization of the American political system through social media’s power to provide each of us a platform to demonstrate the true nature of the candidate—whether it’s through a firsthand account of a rally, an unintended “hot mic” moment, or some other display such as the Nazi salute.

A voice on emerging media and marketing

A daily selection of the best content published on WordPress, collected for you by humans who love to read.